Earning online got very messy last week. Crashing like a massive pyramid scheme. Many affiliate marketers, having done (sometimes) years of work posting reviews of Amazon Products, had that income taken from them at the stroke of pen.

Their commissions to be reduced to near Zero.

Many felt they had been ambushed, no warnings given and coming as a brutal shock to many.

A few days later WalMart gave a similar notice to their affiliates. But for most, it was just a case of get up of the floor, brush off the sawdust, and move into bigger and better things.

Others just walked away from the whole sorry saga.

Could be a problem, because there are hundreds of thousands more entering the earning on line space, due to COVID -19, and many have no idea how to earn online, and will be easy prey for scammers.

Compared with those who have just been shafted by Amazon and WalMart, who have had years of experience affiliate marketing , setting up websites.

There experience though, allows them to move to other areas of online income.

The problems for newbies as is often the case, is understanding what is fair value.

It can take many swipes of the credit card before realizing they are being ripped off.

The stagnation of income has for many, made starting a side hustle difficult. With costs set in US Dollars. The exchange rates of various countries is down near half or less of what the US Dollar is.

Being at the mercy of the tier one corporate’s and the market manipulators at the Central Banks, it is becoming harder for people to break out of that tight straight jacket.

A friend of mine in Australia pays a monthly subscription of $49 US. for an affiliate learning platform. At the moment (March 2020), equal to $79.00 AU.

There is cheaper one here that has been going for more than 20 years, and offering just as much value.

But I guess people are willing to stay where they are if they are gaining the benefits they desire.

Which is why you should subscribe :- michael@the-bare-foot-affiliate.com (copy and paste to your email).

I am constantly sorting the chaff from the hay with regards to online marketing and economic direction.

The up side of online marketing is most transactions are priced in US Dollars. So the exchange is working in your favor. But, you need to be making consistent sales to have it work for you.

The last thing any marketer needs, Is a merchant who decides to pull the rug from under you. I can’t track all the shonks but I do review some of those I have stumbled across.

As readers of this blog know, I travel a lot. Today this appeared in my inbox.

The story gathers interest as you read further down the page. Costa Rica Opening Postponed, Jamaica & Colombia Store Developments Halted. Although sales increased by $48 million over the March 2019 figures, currency fluctuations took $7.7 million off the bottom line for March 2020.

You can see where this is going from the last piece of the headline, ie “To Launch Online Shopping and Delivery Option”.

Tenants in large shopping complex’s haven’t been happy campers for a long time. High rentals, restrictive hours, many are paying franchise fees and hardly any are making a sustainable return.

The business model of Price Smart is the same as Costco, WalMart, Bunnings, Home Depot, et.el. Running large, stand alone centers of their own.

In the post Covid environment, it is likely to be some time before we (as consumers), know what restrictions, shopping complex’s and stand alone warehouse type business will have to operate under.

The 3 major hurdles business analyst Sirnivasan Mahanti, sees for the retail sector coming out of this shut down are.

Sirnivasan specializes in small to medium business. Larger business’s he say’s, can invest in more technology to keep their business viable.

He is also a respected financial analyst. He predicted the 2008 financial melt down because he was seeing overheating currency markets as well as…

Increasing oil prices, increasing demand for debt and large numbers of ratings moving from AAA, to lower levels in the medium loan markets, resulting in the calling in of toxic loans.

Looking back, Sirnivasan say’s the main driver for the financial collapse ,was the dramatic increase in Chinese industrial outputs, fueled by Western consumerism for Luxury goods.

Some remember it as the era of buying T.V.s bigger than their cars.

For years Sirnivasan helped people take an idea, or small operation to the next level. Some are still popular today.

Others, he helped take from an office at the back of a house to a mainstream brick and mortar store. Some offer franchises.

So it is fair to say he knows what he is talking about when talking business.

Many of the products sold by Price Smart, Costco, Amazon, Wal Mart and others are private label, (or white label), products not normally available in many 2nd and 3rd world countries.

One of the reasons these companies are so popular in 1st world countries), is the Generic branding and Cheaper pricing !. I am sure you get the picture. Made in the 3rd world sold, in the 1st.!

Now with Amazon and WalMart slashing payments to affiliates and suppliers, Drop shipping is now a very attractive option for those with an entrepreneurial mindset.

Many who are now sitting at home, sniffing the breeze, ready for a huge shift.

Lets face it, Amazon and Walmart aren’t the only two business on the planet.

To learn about starting your own private / white label business, here is a Special New user offer! Up to 75% off.

Sirnivasan, nicknamed RAD, because of his lack of car reversing skills (reverse and dent), says the informal economy, (common to so many 2nd and 3rd world countries), will become more visible in 1st world countries, albiet under a different name “ the gig economy“

He says “While governments are happy to have corporate’s like Uber run have their gig economy’s, their current lack of profitability will see fragmentation among the participants, and more people move on to do their own thi

Countries like Australia, will have to loosen their industrial relation laws, so as not to have an unemployment rate bounce, of up to 5%, or maybe more, which, in the short term, which would take the “official unemployment” rate past 10%

Of course there will be greater policing of the gig economy and its participants, to “safeguard” workers rights. “But you would expect that the principal of unintended consequences will undoubtedly kick in”, Sirnivasan said.

Like the old saying, if you don’t have a plan, then you plan to fail. So, over the next couple of weeks of the corona lock down, there will be plenty of links on this site to read through.

These will help you avoid becoming a pawn in the new economy. Some require some money up front, I don’t know of any profitable business that started with nothing.

Even the Colonel had to buy some chicken and spices to start.

If you have $1,000, then getting started online today is easier than ever.

A product catalogue, an E-comm store front, and your good to go. You would need some online marketing experience to advance your cause though.

I wrote a warning about importing safely from China a while back. It may be more relevant now. I should probably add that China is only a hub for much of Asia. You can read it here

There are still opportunities for retail outlets, but greater investment in technology needs to be made.

For the online e-commerce space there is still a lot of room for improvement. One of the most innovative is Shopify.

Other online platforms are offering discounts and other incentives to entice people over. 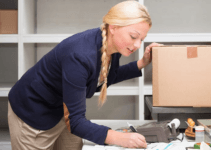 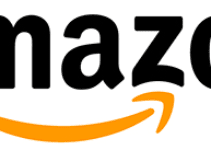