Spanish is the default language throughout South America with the exception of Brazil, where Portuguese is the dominant language in that huge country.

Is there a new language developing ?.

Many think Portuguese and Spanish are similar. To some degree they are, but over time the difference between the European Spanish and Portuguese is quite different to that spoken in South America.

They say it is Purer!.

The 2nd person singular Tu has been dropped in most Spanish speaking countries replaced by the 3rd person Usted. Not so in Colombia and Venezuela. Although both are understood and used in a formal manner.

The difference between Spanish and Portuguese in South America is not as great as it is in Europe.

However that is not to say that in South America they have a complete understanding of each other.

Apparently knowing a little of the others language is of no advantage and only confuses things further, because the correct pronunciations are not used.

As political mayhem in South America has settled down to a dull roar, with only one country off the to visit list. (Vale Venezeula).

Tourism in South America is picking up pace (I don’t mean to state the obvious, but ), the majority of people visiting, speak English.

In the past making a decision based on risks, to visit, or set up a business anywhere in South America would usually come down on the side of , No Way Jose !.

These days things are much improved, although old habits of corruption, lawlessness and discontent by electoral losers are still there, they are for the time being, subdued. As most of the governments try to push their economies along, and initiate better education programs. 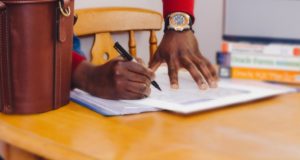 From Cartagena at the top of South America across to Rio and Buenos Aires, and down to Santiago.

Los Gringos are climbing mountains, visiting ancient sites, getting sun burnt in the Caribbean or freezing in Patagonia.

TESOL ( teach English to speakers of other languages), I prefer Teach English as a second language as TESOL covers a lot more grammar than TEFLEN. (teach English as a Foreign language). Teachers are being hired by governments, private schools and universities, to pass on their knowledge of past participles, how to conjugate the verb to be, and regular irregular verbs.

English is an International language.

Nearly 20 years ago, English as an international language and several other names with relatively similar conceptual frameworks.(English is an World language).

Nearly 20 years ago a group of professors, proposed that the curriculum for teaching English should, be improved with the inclusion of varieties of English spoken by different native or non-native speakers.

But, They were having trouble coming up with a suitable name to describe it. So they ditched the Idea.

The preference in South America is of course, for speakers with an American accent. Australians, South Africans, English, Irish and Scots, your vowels aren’t stretched enough. Kiwis? what can I say.

We all know (most of us outside the US), American English and British English have different words meaning the same thing.

And of course some American sentences are completely vague.

For Instance. Falling in love

In British English, a girl falling in love might describe it as “ I knew as soon as I met him, that he and I were meant for each other”

An American would probably say. “ I looked at him, and it was like wow, awesome, how lucky am I ?”.

Spanish on the other hand is always deliberate and grammatically correct, no matter the occasion. “ Me enamoré de un hombre hermoso”.

And of course Humour

Aw, look at the way I spelt it. Tsk. British English again.

Of course humour is a two way street, particularly in a classroom.

It has to be used carefully. People are struggling to come to terms with new words and re-positioning of tongues to try and work on pronunciations, so we can continue to making up sentences having the right intonation.

Doing it in a way that makes someone looks foolish, is not going to win you friends or encourage learning. The need for respect is paramount.

Spanish has no words starting with S followed by a consonant Words such as school are prefaced with E. School = escuela. More often the word colegio is preferred. Spain, the student will (normally on their first attempt), say Espain.  Spanish, Espanol . This is harder.

So find a Spanish word starting with S, to create a visual .

We have la serpiente, or we could use la culebra , A snake and we have immediate understanding. A hiss sound, ssss, then practice to break it down to a S.

Surprisingly the letter J ( Jota ), does not present too many problems. Its pronunciation Hota. Ho ta.  July spoken in Spanish is Julio, which sounds like hulio .

It is spoken either in a hard tone or soft tone depending on where you are.

Around the Caribbean it is usually in a soft tone. Where you might expect difficulty, it doesn’t happen, June is easily said as June not Hune. As is July, which doesn’t come across as Huly. J followed by a vowel. Ju.

Many people undertaking English in South America don’t do a complete course. At a certain point there comes a place where you can communicate effectively using a combination of English and Spanish.

There are many words in Spanish that are easily understood by English speakers. Computadora, Taxi, Coche, or Carro, supermercado, hotel. There are lots more, any word in English ending in ity . If you replace ity with idad , you have the Spanish equivalent. University = Universidad for example.

Whether they are used as nouns or not is of no great consequence. Generally they are only ever being used in the most casual of circumstances.

So, looking over towards the Holiday Inn, and thinking, will I stop there the night or not. when my thoughts were interrupted by a youngish independent tour operator.

He is offering a service, I am asking him about his credentials, the costs, the hotels. As the conversation hits a block, he say’s,

“ look, you speak some Spanish, I speak some English, between us we can work something out”.

Many thanks to my ultra creative flute playing friend for coming up with offbeat words.

You are much appreciated. 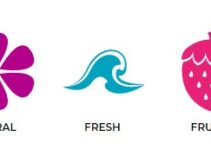 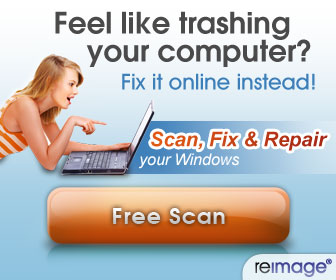